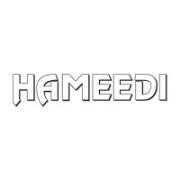 Hyderabad, Telangana
Hameedi Confectioners was started by Mohammad Hussain back in 1910 when he was just a 15 year old Turkish Boy. Legend has it that his sweet shop was the first in the city of Hyderabad during the rule of Nizam. His most popular specialty, Jouzi Halwa was made only at his shop and became so popular that the last Nizam tasted it himself. He liked it so much that he named the shop after one of his sons. Even after more than 100 years, the shop stands tall in the same locality, whipping up delicacy after delicacy which the Hyderabadis proudly consume and cherish.
LOAD MORE